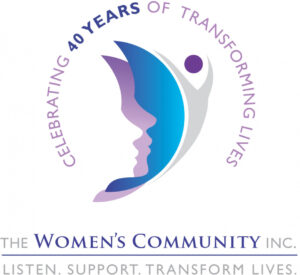 The Women’s Community (TWC) is a non-profit organization serving victims of domestic abuse and sexual assault throughout Marathon County, Wisconsin. They serve victims of all races, religions, gender identities and sexual orientations including populations that may face additional cultural or societal pressures — Hmong, Hispanic, LGBTQ, the elderly, men, and those with hearing disabilities.

TWC’s mission is to provide specialized services and resources to people in central Wisconsin affected by domestic violence, sexual assault, stalking and human trafficking. Their goal is to help individuals and families attain greater emotional and economic self-sufficiency.

It’s unfortunate, but the need for TWC’s services is consistently increasing.  In 2018 they served a total of 1,723 people, 264 of which were children.  TWC works tirelessly to get their message out, harnessing social media and presenting throughout the community at schools, public awareness events, and even through professional training.  Most recently, in honor of February’s Teen Dating Violence Month, TWC presented to freshmen at Wausau West about healthy relationships, how to identify unhealthy behaviors, and what you can do if you’re involved in an unhealthy relationship.

Ruder Ware’s $10,000 gift will go direct to their “unrestricted” funds.  These funds are tapped when a victim encounters a life situation where money is needed to resolve.  Imagine this scenario.  A woman is abused by her partner, her teeth are knocked out during an argument.  The woman has no money to pay for the dental work needed to replace her teeth and must live with the visual reminder of her abuse and the stigma attached to her by other people because of her appearance.  TWC would use the unrestricted funds to pay for her dental work.